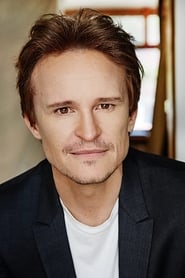 Damon Herriman (born 31 March 1970) is an Australian actor and writer. He is known for his film and television work in Australia and the United States. He is perhaps best known for his portrayal of Dewey Crowe in Justified. In 2019, he portrayed the cult leader and criminal Charles Manson in both the Netflix series Mindhunter and in the Quentin Tarantino film Once Upon a Time in Hollywood.