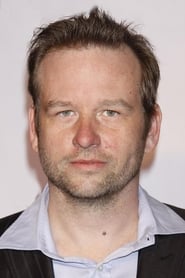 Dallas Mark Roberts (born May 10, 1970) is an American stage and screen actor. Roberts was born in Houston, Texas. He is a graduate of Juilliard School. He is primarily based in New York City, where he regularly appears in theatrical productions. Off-Broadway he has appeared in a revival of Lanford Wilson's Burn This, opposite Edward Norton and Catherine Keener; in Adam Rapp's Nocturne, for... Read more