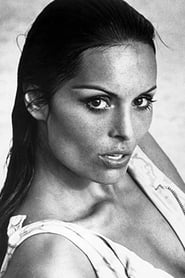 Daliah Lavi was an actress and singer prominent in the 1960s. Born Daliah Levenbuch, both she and her family became friends with visiting Hollywood star Kirk Douglas who paid for her scholarship to study ballet in Sweden. By the early '60s, Lavi used her fluency in several languages to figure prominently in European cinema. Roles in films such as Lord Jim and the James Bond spoof Casino Royale... Read more