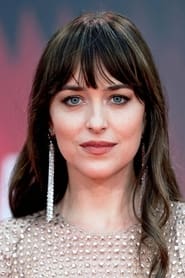 Dakota Mayi Johnson (born October 4, 1989) is an American actress. The daughter of actors Don Johnson and Melanie Griffith, she made her film debut at age ten with a minor role in the dark comedy film Crazy in Alabama (1999) with her mother. After graduating high school, she began auditioning for roles in Los Angeles and was cast in a minor part in The Social Network (2010). Johnson had her... Read more