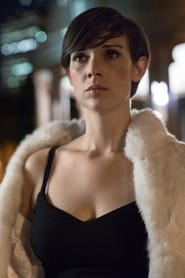 A Canadian born, U.S. based actress best known for her work on AMC's The Walking Dead. She portrays Francine, a survivor and citizen of the Alexandria safe zone, in seasons 5 and 6. Born and raised in Montreal, Quebec, she began acting very early in local theater productions. Upon moving to the United States, she attained a Bachelors degree in theater performance which led to a career in... Read more