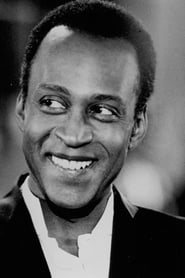 ​.   Cleavon Jake Little was an American film and theatre actor, known for his lead role as Bart in the 1974 Mel Brooks comedy Blazing Saddles and as the irreverent Dr. Jerry Noland in the early 1970s sitcom Temperatures Rising. In 1978 he played "The Prince of Darkness" in the radio station comedy FM. He was also in the 1984 action film Toy Soldiers and acted out the role of Super Soul in the film Vanishing Point in 1971.