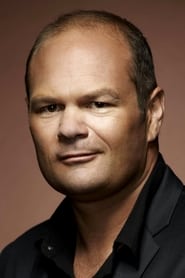 Mark Christopher Bauer is an American actor. He is best known for his television work in The Wire, Third Watch, True Blood, Survivor's Remorse and The Deuce. He has also appeared on Broadway, in A Streetcar Named Desire, and has originated roles in plays by David Mamet, John Patrick Shanley and Jez Butterworth.