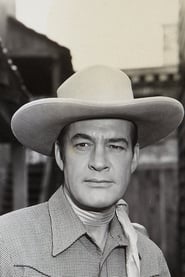 Charles Robert Starrett (March 28, 1903 – March 22, 1986) was an American actor best known for his starring role in the Durango Kid western series. When he retired he held the record for starring in the longest-running string of feature films (131 titles, half of them being "Durango Kid" films, for Columbia Pictures). A graduate of Worcester Academy in 1922, Starrett went on to study at... Read more