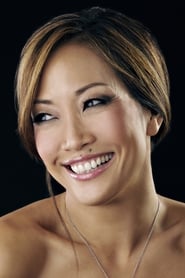 Carrie Ann Inaba (born January 5, 1968) is an American dancer, choreographer, television dance competition judge, actress, game show host, and singer. She started her career as a singer in Japan, but became best known for her dancing, first introducing herself to American audiences as one of the original Fly Girls on the sketch comedy series In Living Color. She has appeared as one of three... Read more