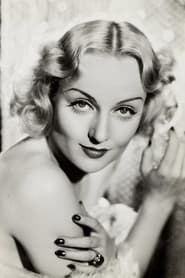 Carole Lombard (born Jane Alice Peters, October 6, 1908 – January 16, 1942) was an American film actress. She was particularly noted for her energetic, often off-beat roles in the screwball comedies of the 1930s. She was the highest-paid star in Hollywood in the late 1930s. She was the third wife of actor Clark Gable.

Lombard was born into a wealthy family in Fort Wayne, Indiana, but was... Read more