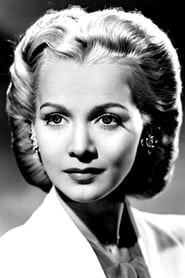 In 1935, after high school and a brief marriage in San Bernardino, California, Frances Ridste ran away to San Francisco to work as a nightclub dancer and band singer under the stage name Carole Landis. She got to Hollywood at age 17 in 1936 and got mostly extra work, but in 1937 she landed a contract with Warner Bros. However, Warners gave her mostly bit parts in B pictures and in the chorus... Read more