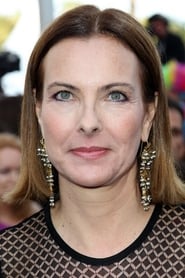 Carole Bouquet  (born 18 August 1957) is a French actress and fashion model, who has appeared in more than 40 films since 1977. Bouquet was born in Neuilly-sur-Seine, France.

She is best known internationally for her role as the Bond girl Melina Havelock in the 1981 movie For Your Eyes Only, but she also acted in a number of mainstream European films throughout the 1980s and continues to do... Read more