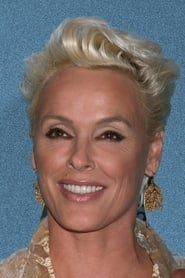 Brigitte Nielsen (born 15 July 1963) is a Danish actress, musician and television personality, who began her career with appearances in the 1985 films Red Sonja and Rocky IV and is also known for her marriage to Sylvester Stallone. She subsequently appeared with him in the 1986 film Cobra, and was noted for her widely publicized breakup with Stallone in 1987, and her relationship with New York... Read more