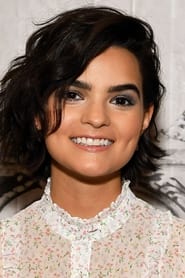 Brianna Caitlin Hildebrand is an American actress. She is known for appearing in the web series Annie Undocumented, and as Negasonic Teenage Warhead in the films Deadpooland Deadpool2 where she reprised the role, during which her character was confirmed to be the first openly gay superhero in the X-Men cinematic universe. She was also cast as Sasha in First Girl I Loved, starring opposite... Read more