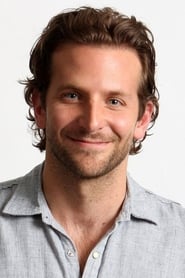 Bradley Charles Cooper (born 5 January 1975) is an American actor and filmmaker. He has been nominated for many awards, including eight Academy Awards and a Tony Award, and has won two Grammy Awards and a BAFTA Award. He appeared in Forbes Celebrity 100 on three occasions and Time's list of 100 most influential people in the world in 2015. His films have grossed $11 billion worldwide and he... Read more