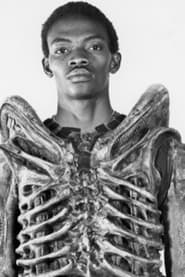 Bolaji Badejo was a Nigerian design student who portrayed the eponymous Alien in the 1979 film Alien. Alien was Badejo's only acting appearance.

As a child, Badejo had been diagnosed with sickle cell anaemia. Several months after his 39th birthday, Bolaji fell ill and was taken to St. Stephen Hospital in Ebute Metta, Lagos, where he died on December 22, 1992 of complications from the disease.
... Read more