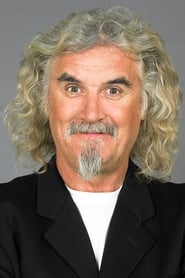 A Scottish comedian, musician, presenter and actor. He is sometimes known, especially in his native Scotland, by the nickname The Big Yin (The Big One). His first trade, in the early 1960s, was as a welder (specifically a boilermaker) in the Glasgow shipyards, but he gave it up towards the end of the decade to pursue a career as a folk singer in the Humblebums and subsequently as a soloist. In... Read more