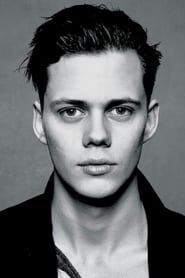 Bill Istvan Günther Skarsgård (born 9 August 1990) is a Swedish actor. He is best known for starring in The Divergent Series: Allegiant, Atomic Blonde, and the Netflix original series Hemlock Grove and playing Pennywise the Dancing Clown in the 2017 adaptation of It.