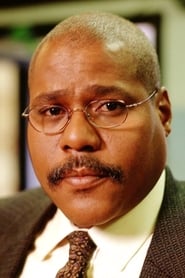 William G. "Bill" Nunn III (born October 20, 1953) is an American actor.Nunn made his acting debut in the 1988 Spike Lee film School Daze, and is perhaps best known for his roles as Radio Raheem in Lee's Do the Right Thing and as Nino Brown's verbally challenged bodyguard Duh Duh Duh Man in New Jack City.

Some of his other film credits include Lee's Mo' Better Blues and He Got Game,... Read more