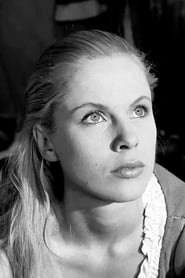 Her artistic dreams came early in life and were further supported by her older sister Gerd Andersson who became a ballet dancer at the Royal Opera and made her acting debut in 1951. Bibi, on the other side, had to make do with bit parts and commercials. She debuted in Dum-Bom (1953), playing against Nils Poppe. Eventually, she was able to start at the Royal Dramatic Theatre's acting school in... Read more