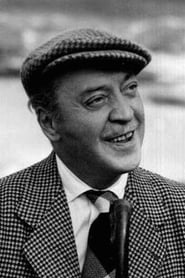 Arthur Basil Radford was an English character actor who featured in many British films of the 1930s and 1940s. He is probably best remembered for his appearances alongside Naunton Wayne as one half of Charters and Caldicott, two cricket-obsessed Englishmen who appeared in several films from 1938 to 1949, most famously in Alfred Hitchcock's The Lady Vanishes.