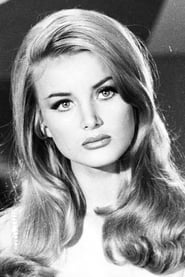 Barbara Bouchet, (born 15 August 1943) is a German-American actress and entrepreneur. She has acted in more than 80 films and television episodes and founded a production company that has produced fitness videos and books as well as owning a fitness studio. Some of her roles include playing Miss Moneypenny in Casino Royale, Kelinda in Star Trek: "By Any Other Name", as Patrizia in Non si... Read more