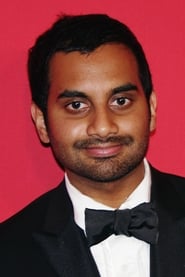 Aziz Ansari (born February 23, 1983) is an American actor, writer, and stand-up comedian. He formerly starred as Tom Haverford on the NBC show Parks and Recreation, and has since gone on to co-create, co-produce, and star in two seasons of the critically acclaimed comedy/drama Netflix series, Master of None.