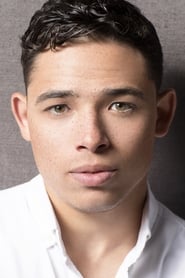 Anthony Ramos Martinez (born November 1, 1991) is an American actor, singer and songwriter. In 2015, he originated the dual roles of John Laurens and Philip Hamilton in the Broadway musical Hamilton. Ramos also appeared in the 2021 film version of In the Heights as Usnavi and in the 2018 film A Star Is Bornas Ramon.