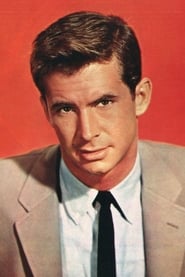 Anthony Perkins (April 4, 1932 – September 12, 1992) was an American actor and singer. He is best known for his role as Norman Bates in Alfred Hitchcock's Psycho and his Oscar-nominated role in Friendly Persuasion (1956). He made his film debut in The Actress (1953) directed by George Cukor before experiencing success on Broadway with Elia Kazan’s production of Tea and Sympathy (1955). He... Read more