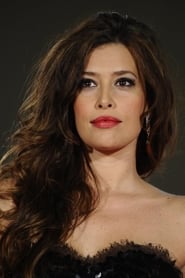 (Ang lica Maria) Angie Cepeda Jim nez is an actress who was born on August 2, 1974 in Cartagena de Indias (Colombia). His parents are both lawyers, Yadhira Jim nez and Jos Cepeda. His childhood lived in Barranquilla before moving to the capital of his country, Bogota, where he worked as a model. In the 1990s he began participating in the soap operas "The curse of paradise", "Only a woman" or... Read more