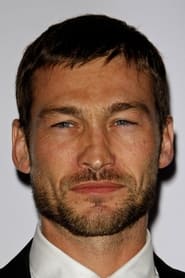 (from Wikipedia, the free encyclopedia)

Andy Whitfield (died 11 September 2011) was a Welsh-Australian actor and model. He was best known for his leading role in the Starz television series Spartacus: Blood and Sand during 2010.

Whitfield was born in Amlwch, Anglesey, Wales. He studied engineering at the University of Sheffield, England and worked in Lidcombe, New South Wales,... Read more