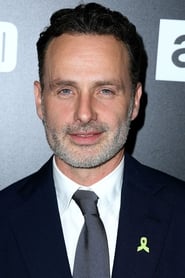 Andrew Lincoln (born Andrew James Clutterbuck; 14 September 1973) is an English actor, known for his roles in the TV series This Life, Teachers and afterlife, and the films Love Actually and Heartbreaker. He currently plays the lead role in AMC's television series The Walking Dead based upon the comic book series of the same name.