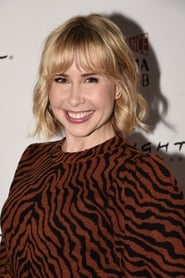 Andrée (Drée) Vermeulen is based in LA and is a house performer at The Upright Citizens Brigade Theatre.

You can see her in Steve and Nancy Carrel’s upcoming TBS show “Angie Tribeca” (2015) where she plays Dr. Monica Scholls alongside Rashida Jones.

Andrée voices Ruffnut in the animated TV series “How to Train Your Dragon” and has Guest Starred on New Girl, Comedy Bang! Bang!,... Read more