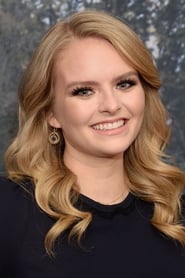 Andrea Brooks is a Canadian actress who began her acting career at age fifteen after being spotted at an open casting call for figure skaters for the Disney film Ice Princess(2005). Some of her recent television credits include roles on Supernatural (2005),iZombie (2015), and UnREAL (2015). She can also be seen in feature films such asWhat Goes Up (2009), No Men Beyond This... Read more