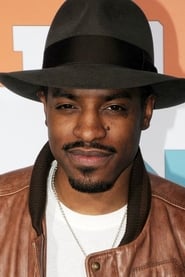 André 3000 (formerly known as Dre, no association with Dr. Dre) is an American rapper, singer-songwriter, multi-instrumentalist, record producer and actor, best known for being part of American hip-hop duo OutKast alongside fellow rapper Big Boi. As an actor, his role as Jimi Hendrix in Jimi: All is by my Side (2013) got him an Independent Spirit Awards nomination for Best Lead Actor. He has... Read more