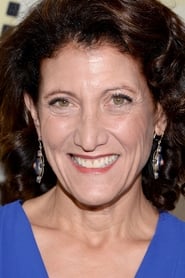 Amy Aquino (born March 20, 1957) is an American television, film, and stage actress. The graduate of Harvard and Yale universities has appeared in television series such as Brooklyn Bridge, ER, and Being Human, and was nominated for a Screen Actors Guild Award for her role in Picket Fences. She was co-Secretary/Treasurer of the SAG-AFTRA until August 2015 and currently stars in Amazon Studios'... Read more