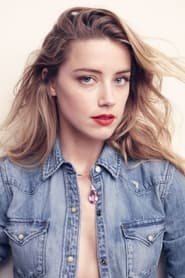 Amber Laura Heard (born April 22, 1986) is an American film and television actress. After a series of small roles in film and television, Heard had her first starring role in the horror film All the Boys Love Mandy Lane (2006). She first gained mainstream recognition for supporting roles in the action film Never Back Down (2008) and the comedy Pineapple Express (2008). In the following years,... Read more