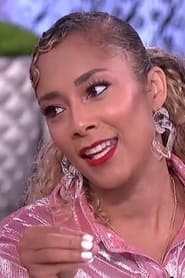 A series regular as Tiffany on INSECURE, Amanda Seales is currently touring with Smart Funny & Black, the live comedic competition show she created. A former MTV VJ with a master’s degree in African-American studies from Columbia University, she has guest-starred on BLACK-ISH; written, produced and starred in two seasons of her scripted web comedy series GET YOUR LIFE; and hosts her weekly podcast, Small Doses.