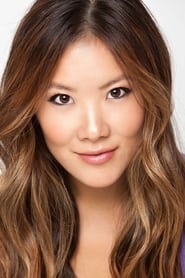 Ally Maki is an American actress. She is best known for starring as Jess Kato in the TBS comedy series Wrecked (2016)

Maki is known for appearing in the iCarly television film iGo to Japan (2008), as well as her many cameo appearances in films and television series, such as Step Up 3D (2010). She had supporting roles in the comedy-drama films The Family Tree (2011) and Geography Club... Read more