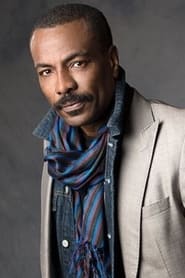 Allan Louis was born in Haiti. When he was 5 years old, moved with his family to Am rica. Dominican and Haitian descent, he was raised by his mother. He attended the New World School of Performing Arts in Miami and later graduated from the Goodman School of Drama. Allan participated in numerous roles on television during the d each of the 90's. In 1995 he moved to Los Angeles where he... Read more