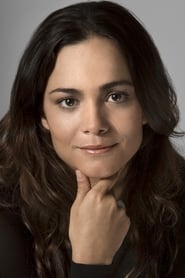 Alice Braga Moraes (born 15 April 1983) is a Brazilian actress and producer. She has appeared in several Brazilian films, starring as Angélica in the acclaimed City of God (2002), as Karinna in Lower City (2005), and as Dolores in Only God Knows (2006).

Braga came to international prominence after appearing opposite Will Smith in I Am Legend (2007), and has since become a familiar face in... Read more