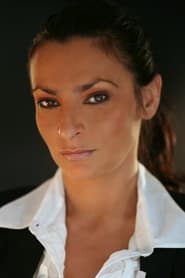 Alice Amter is a British born actress of mixed ethnic heritage. She is multilingual and possesses an inate deftness with accents which have been fueled by a curiosity about other languages and cultures.

Born Alice Edwards, she grew up in Handsworth before moving to Edgbaston, Leamington Spa and Rubery. Whilst living in Leamington Spa she spent time in a children's home on Warwick New Road.... Read more