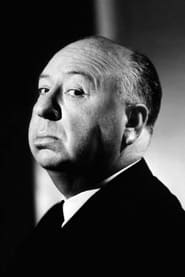 Sir Alfred Joseph Hitchcock, KBE, was an English director and producer. After a successful career in his native country, Hitchcock moved to Hollywood. Over a career spanning more than half a century, Hitchcock fashioned for himself a distinctive and recognizable directorial style. He pioneered the use of a camera made to move in a way that mimics a person's gaze, forcing viewers to engage in a... Read more