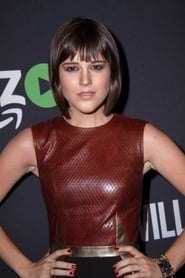 Alexandra Socha is an American actress who made her Broadway debut in the rock musical Spring Awakening in May 2008. Other notable stage appearances include Nora in the brief 2009 revival of Brighton Beach Memoirs, Daisy Fenton in the Off-Broadway run of Death Takes a Holiday, as Philoclea in Head Over Heels.