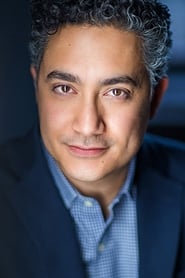 Alessandro Juliani is a Canadian actor and singer. He is notable for playing the roles of Tactical Officer Lieutenant Felix Gaeta on the Sci-Fi Channel television program Battlestar Galactica, and Emil Hamilton in Smallville. He is also known for voicing the character L in the English version of the anime series Death Note and its live action films, as well as several other animation projects.... Read more