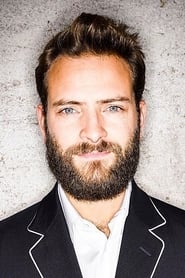 Alessandro Borghi (born 19 September 1986) is an Italian actor. He has appeared in more than twenty films since 2006. He is part of the main cast of Suburraand Suburra: Blood on Rome. He won the David di Donatello for Best Actor in 2019 for his portrayal of building surveyor Stefano Cucchi, a victim of police brutality, in the film On My Skin. Source: Article "Alessandro Borghi (actor)" from Wikipedia in english, licensed under CC-BY-SA 3.0.