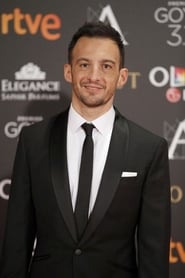 Alejandro Fernando Amenábar Cantos (born 31 March 1972) is a Spanish film director. Amenábar was born in Santiago, Chile to a Spanish mother and Chilean father, but the family moved to Spain just one year after his birth. He studied cinema at Madrid's Universidad Complutense but eventually dropped out.

In addition to writing and directing his own films, Amenábar has maintained a notable... Read more