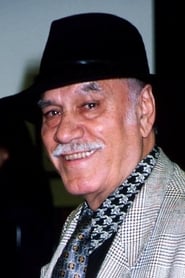 Aldo Sambrell, born Alfredo Sánchez Brell, was a Spanish stage and screen actor, director, and producer who appeared in over 150 films between 1961 and 1996. His parents were exiled to Mexico, where Aldo began a football career in Puebla F.C., known as Madrileño Sánchez. When he returned to Spain he played for Alcoyano and Rayo Vallecano, and finally started to work as an actor.