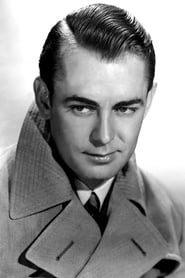 Alan Walbridge Ladd was an American actor and film and television producer. Ladd found success in film the 1940s and early 1950s, particularly in Westerns and film noirs where he was often paired with Veronica Lake, as she was one of the few Hollywood actresses shorter than he. His popularity diminished in the late 1950s, though he continued to appear in popular films until his death... Read more