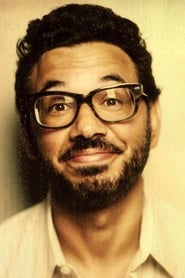 Alessandro Liborio Madrigal (born July 4, 1971) is an American comedian, writer, actor and producer. He is a co-founder of the All Things Comedy podcast network, alongside Bill Burr. He rose to fame on The Daily Show with Jon Stewart as a regular correspondent for five seasons. Outside of the standup world, he is known for his co-starring roles in the film Night School, Showtime's dark comedy... Read more