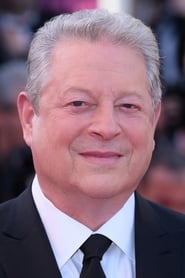 Albert Arnold "Al" Gore, Jr. served as the 45th Vice President of the United States (1993–2001), under President Bill Clinton. He was the Democratic Party nominee for President in the 2000 U.S. presidential election.

Gore is currently an author, businessman, and environmental activist. He was previously an elected official for 24 years, representing Tennessee in the U.S. House of... Read more