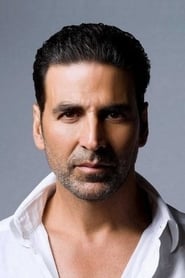 ​Akshay Kumar is an Indian film actor, producer and martial artist who has appeared in over a hundred Hindi films. When he began his acting career in the 1990s, he primarily starred in action films and was particularly known for his appearances in feature films commonly called the "Khiladi series", which included Khiladi (1992), Sabse Bada Khiladi (1995), Khiladiyon Ka Khiladi (1996), and... Read more