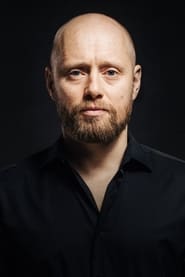 Aksel Hennie (born 29 October 1975) is a Norwegian actor, director and writer. He has acted in a number of successful Norwegian movies, and has received several awards.

Hennie grew up in Lambertseter in Oslo. In his late teens he was sentenced for graffiti, and became an outcast in the community for confessing to the police. This personal story contributed much of the background for the movie... Read more