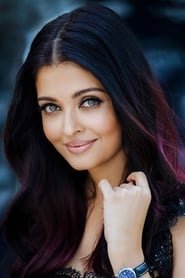 Aishwarya Rai Bachchan is an Indian actress and former Miss World. Before starting her acting career, she worked as a model and ultimately won the Miss World title in 1994. Rai has acted in over 40 movies in Hindi, English, Tamil and Bengali, which include few international productions. Often cited by the media as the most beautiful woman in the world, Rai made her movie debut in Mani Ratnam's... Read more